A coal miner was killed late Thursday in Wyoming County, officials confirmed Friday.
Luches Rosser, 44, of Man, was killed while he was working at the Pinnacle Mine, an underground operation near Pineville, according to state and federal agencies and the United Mine Workers union, which represents hourly workers at the mine. 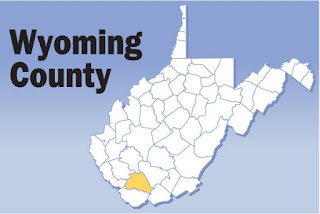 Rosser is the fourth coal miner to die on the job this year in West Virginia. Three miners died in West Virginia in all of 2016, according to data from the U.S. Mine Safety and Health Administration. This year’s total of mining deaths is also greater than the state’s count of two for the entire 2015 calendar year. Seven coal miners have died on the job nationwide so far in 2017, according to MSHA.
The Pinnacle Mine is controlled by ERP Compliant Fuels, a firm started by a group called the Virginia Conservation Legacy Fund, which has been buying up troubled coal properties in the hope of using profits for tree-planting reclamation that would help fight climate change.
ERP general counsel Brent Mickum described Rosser’s death as having been classified as involving “haulage,” which would mean it occurred during the transport of coal or possibly supplies. Mickum said he had few other details, but that, “He was treated at the site to try to resuscitate him and those efforts, sadly, were not effective.”
Mickum said that Rosser was married and had four children. He said he had no other details.
The state Office of Miners’ Health, Safety and Training said in a short prepared statement that Rosser was operating an electric-powered track- mounted underground locomotive at the time of the incident. The state said the incident occurred at 11:18 p.m.
Amy Louviere, an MSHA spokeswoman, said the accident happened Thursday night and that Rosser died Friday morning at a local hospital.
Preliminary information from MSHA was that Rosser and another miner were traveling in the supply locomotive when a pole that connects the locomotive to its power supply wire came off that wire, which is known as a “trolley wire.” 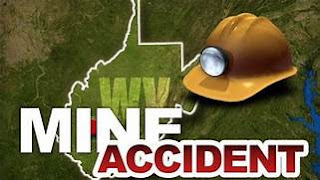 “While the locomotive was still moving, the victim raised up to grab the trolley pole to place it back on the trolley wire, when his head contacted the mine roof,” according to the preliminary information from MSHA.
Gov. Jim Justice’s office issued a statement in which the governor said he and his wife were praying for Rosser and his family.
“It’s never easy to see someone so young leave us and it breaks my heart when West Virginia loses a member of the coal community,” the statement said. “I spent many years of my childhood in Wyoming County and my roots are deep there. Great coal mining families always come together, and that’s what we have to do at this time.
Grant Herring, the governor’s press secretary, did not respond to a question asking what actions the administration was taking in response to this year’s increase in coal-mining deaths in West Virginia.
One of the four deaths occurred at a coal preparation plant owned by the governor’s family mining operation. The company, Justice Low Seam Mining, was fined the state maximum of $10,000 for a violation cited by state inspectors at the preparation plant, which was named the JC Jim Justice II plant for the governor.
Longtime mine safety advocate Davitt McAteer said Friday that the increase in deaths so far this year should be a concern for the state’s coal industry, for regulators and for political leaders.
“When you see the numbers drifting, then you have to say, ‘Is there something in the system that should be in place that is not being carried out?’ ” McAteer said. “You have to look at the pattern. It’s worrying and it’s something someone ought to take a hard look at.”
Reach Ken Ward Jr. at kward@wvgazettemail.com, 304-348-1702
READ THE FULLCLICK HERE>>>>
www.DavittMcAteer.com Davitt McAteer & Associates
at 11:11 AM