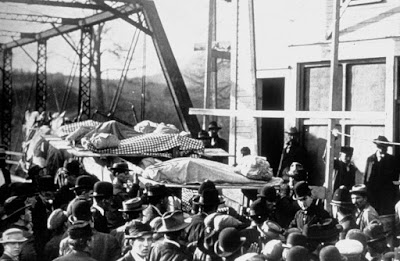 On the day after the explosion at Monongah, a large crowd gathered to observe as bodies were carried from both mines.
Photo from DAVITT McATEER’s personal collection


CHARLESTON, W.Va. — At West Virginia University Press, we’re proud to publish books that uncover the circumstances behind mine disasters in West Virginia. Over the years, we’ve published books about the 1907 Monongah Mine Disaster, the 1968 Farmington Mine Disaster, and the 2010 Upper Big Branch Disaster, in the hopes of bringing attention to the oversights that cause these tragedies.
This month marks the fifth anniversary of the Upper Big Branch Mine Disaster. The trial of Don Blankenship, former CEO of Massey Energy, was scheduled to start April 20 but has been moved to July — with a long list of pretrial motions still to be resolved.
To bring attention to this disaster and its aftermath, we recently published a paperback edition of “Thunder on the Mountain: Death at Massey and the Dirty Secrets behind Big Coal,” by journalist Peter A. Galuszka, with a foreword by Denise Giardina, a writer, ordained Episcopal Church deacon, and community activist from McDowell County.
With “Thunder on the Mountain,” Galuszka pieces together the story behind the tragedy at the Upper Big Branch Mine, and in doing so he has created a devastating portrait of an entire industry.
This tragedy was the deadliest mine disaster in the United States in 40 years. “Thunder on the Mountain” alleges the deaths were rooted in the cynical corporate culture of Massey and its notorious CEO, and were part of an endless cycle of poverty, exploitation and environmental abuse that has dominated the Appalachian coalfields since coal was first discovered here. 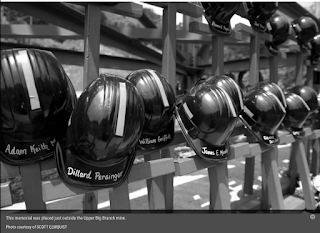 Giardina provides an update on Massey and Blankenship, and recounts her own experiences with Massey Energy and the United Mine Workers in the 1980s.
Last year we also published a new paperback edition of “Monongah: The Tragic Story of the 1907 Monongah Mine Disaster,” written by mine and workplace health and safety expert Davitt McAteer. This new edition contains an introduction by Robert B. Reich, Chancellor’s Professor of Public Policy at the University of California-Berkeley and secretary of labor during the Clinton administration. 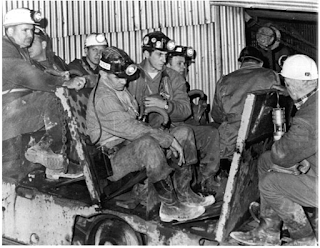 “Monongah” documents the events and conditions that led to the worst industrial accident in the history of the U.S. This mining accident claimed hundreds of lives on the morning of Dec. 6, 1907, and McAteer delves deeply into the economic forces and sociopolitical landscape of the mining communities of north-central West Virginia to expose the truth behind this tragedy. After nearly 30 years of exhaustive research, McAteer determines that close to 500 men and boys — many of them immigrants — lost their lives that day, leaving hundreds of women widowed and more than 1,000 children orphaned.
The tragedy at Monongah led to a greater awareness of industrial working conditions, and ultimately to the Federal Coal Mine Health and Safety Act of 1969, which McAteer helped to enact. 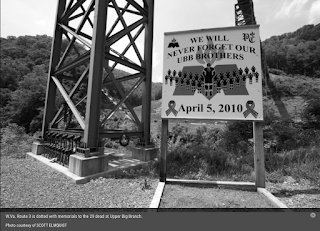 In “No. 9,” investigative reporter Bonnie Stewart scrutinizes the 1968 Farmington Mine Disaster by inspecting public records and conducting personal interviews.

www.DavittMcAteer.com Davitt McAteer & Associates
at 10:52 AM