What Might Have Prevented The Soma Mining Disaster? All Things Considered Interview with Davitt McAteer 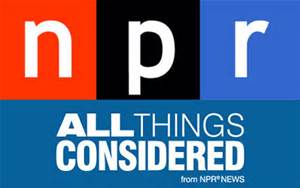 
Listen to the Story

Since the mine explosion in Soma, Turkey, Davitt McAteer has been looking into what went wrong. He's the former head of the federal Mine Safety and Health Administration, and he addresses the tragedy.
MELISSA BLOCK, HOST:
Since the explosion on Tuesday, mine safety expert Davitt McAteer has been looking into what went wrong at the Soma mine and how the disaster could have been prevented. McAteer is the former head of the Federal Mine Safety and Health Administration and he joins me now here in our studios. Welcome to the program.
DAVITT MCATEER: Thank you.
BLOCK: I want to ask you about the comments from Prime Minister Erdogan when he visited the Soma mine site yesterday. He angered a lot of the families by suggesting that mine disasters aren't all that unusual. He talked about the mining accidents over the years in other countries. What's your response to those remarks?
MCATEER: That attitude is reflective of the attitude in this country in the 1910s when mine operators would blame God, blame miners or for that blame Mother Nature for the accidents. But we have in fact learned that accidents can be prevented, that the numbers of miners at risk can be reduced, and that the causes of accidents and the basic fundamental principles, if applied, can eliminate accidents all together.
BLOCK: Well, what specific details have you learned about the Soma mine that seem to have contributed to this really, really high death toll?
MCATEER: I think the basics that we do know is that there was an ignition that got to the methane and-or the coal dust. And that ignition source should be contained under basic safety principles. All ignition sources either are contained or they're knocked down by the use of water sprays. Secondly, you should eliminate the spread of the disaster by the application of ventilation or some other way to inert the coal dust. So that we recognize that these risks and dangers are going to be there, and yet they didn't have the ability to deal with them and did not deal with them properly.
BLOCK: What about ways of getting miners out of the mine in the event of a disaster like this?
MCATEER: This, according to the reports currently, there was no alternative way to relieve the miners or bring the miners out. In this country as well as around the world, a very common safety principle that is an application; an application for 100 years. As you have to have an alternative way out, and there's been no mention of that in this instance. I'm not familiar whether they have one or didn't have one but we know that they didn't have one that was useable at least. And when the elevators went down, the power was disrupted on the elevators. Then they didn't have that as an access out.
BLOCK: I've been looking through lists of the deadliest coal mining disasters, and it's really striking. You have to go back to the early 1900s in this country to find a disaster on this scale, with hundreds of deaths - some 300 or so. Made me wonder if it could still happen here on this scale. When you look at mine safety, do you see conditions that could result in a death toll like we're seeing in Soma?
MCATEER: It's doubtful, although you never want to say it couldn't happen. As we saw in the Upper Big Branch disaster in 2010, 29 miners were killed. But by application and one of the major safety principles is reduce the number of people who are at risk. So, you reduce the number of miners who are, A, in a location or, B, in an air split that has the potential of killed in an explosion. And remember, this appears to have been, occurred on a shift change, when the shifting, the change was being done at the working face. So, that you were bringing in a new shift before the old shift could get out of the mine. And that meant you doubled the number of people at risk. That's a practice that's done only for the purpose of keeping productivity going, but it does, exactly as we see here, it does result in the potential of higher numbers of people getting killed.
BLOCK: Does that practice still happen in the U.S.?
MCATEER: It does happen in the United States, and it's not a good safety practice.
BLOCK: Let's run through some numbers on the Turkish coal mining industry in particular. Since 2000, there have been just over 1,300 fatalities. Last year, 95 miners killed in accidents, 13,000 involved in some kind of accident. How do those statistics measure up if you look at other countries?
MCATEER: Well, they make Turkey among the worst mine safety countries in the world. Certainly, China, with about 1,000 people getting killed each year, is higher, but the number in Turkey ranks them very near the bottom in terms of mine safety and health. And it does not appear that a regulatory scheme is in place to prevent that from happening. And the fact is the law needs to be very seriously rewritten to improve the safety and health in the Turkish mine.
BLOCK: Davit McAteer, thanks for coming in.
MCATEER: You're welcome.
BLOCK: Davit McAteer is the former head of the Federal Mine Safety and Health Administration.

Copyright © 2014 NPR. All rights reserved. Visit our website terms of use and permissions pages at www.npr.org for further information.
NPR transcripts are created on a rush deadline by a contractor for NPR, and accuracy and availability may vary. This text may not be in its final form and may be updated or revised in the future. Please be aware that the authoritative record of NPR’s programming is the audio.w.DavittMcAteer.com Davitt McAteer & Associates
at 2:30 PM