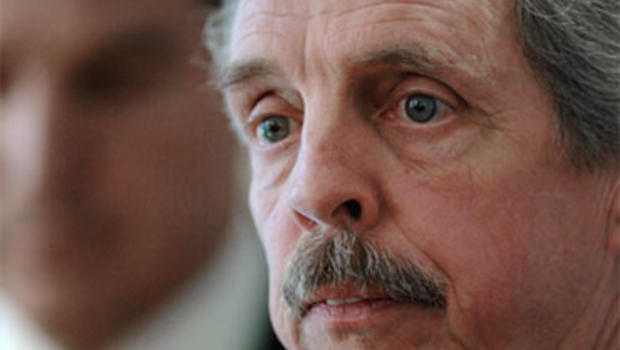 
Gov. Joe Manchin on Tuesday asked a former top federal mine safety official to conduct an independent investigation of an explosion that killed 29 West Virginia miners, and also called for more scrutiny of mines with a history of safety violations.

Manchin told The Associated Press that J. Davitt McAteer, who headed the U.S. Mine Safety and Health Administration during the Clinton administration, will probe the explosion and serve as his special adviser on issues involving the blast at Massey Energy's Upper Big Branch mine.

McAteer's probe will be independent of separate investigations being done by state and federal officials.

"I want a transparent third party, that's not attached in any way, shape or form," Manchin said.

In interviews with CBS News as the disaster and rescue effort unfolded, McAteer was critical of Massey, focusing on the company's extensive safety violations and efforts to dodge penalties in court.

"They had a doubling of their citations from 2008 to 2009. They had a tripling of the penalties," McAteer told CBS News correspondent Bob Orr April 7. "That period suggests to you that you've got a problem."

Congress is also convening hearings beginning later this month to look at weaknesses in federal mine safety legislation and whether the system encourages mine operators to challenge safety violations and delay penalties.

"Right now, we need to make sure that the rules are being complied with. I can't sit back and assume anymore," the governor said. "We've been working around the clock to see what we can do to make sure everyone understands the seriousness of this, and how important it is and the responsibility that everyone has in making the mines as safe as we can."

The governor said he wanted to review state law to make sure West Virginia officials are able to shut down unsafe mines and order immediate fixes without any delays. The Upper Big Branch mine has had a recent history of contesting safety violations that go unresolved for years.

"If you have a serious violation that can cause what we had ... either I have the right to shut you down, or you have to act immediately," Manchin said. "I would rather err on the side of caution."

State inspectors already have the authority to close mines temporarily, but that usually happens only after a serious accident, said Jama Jarrett with the state Office of Miners' Health Safety and Training.

The governor didn't offer specific plans on how he would make sure the mines are safer. But he said he was also exploring stricter standards for diluting explosive coal dust with powdered rock, and requiring mines to vent sealed areas where methane gas may build up.

Manchin said he may also call on mines to assemble teams that focus on preventing accidents, just as they now field rescue and recovery squads.

Meanwhile, the bodies of all 29 miners killed in the explosion have been recovered from the mine, a spokeswoman for the state mine office said Tuesday.

Jama Jarrett said the last bodies were taken out around 2 a.m. or 3 a.m. Tuesday and the bodies were being sent to the state medical examiner for autopsies.

The recovery of the remaining bodies, paves the way for federal investigators to enter the mine as they try to determine what caused the worst U.S. coal mining disaster since 1970. Investigators had not yet entered the mine early Tuesday, Jarrett said.

The team of inspectors from the Mine Safety and Health Administration briefed Secretary of Labor Hilda Solis and MSHA director Joe Main at the Upper Big Branch mine Monday.

The mine's owner, Richmond, Va.-based Massey Energy Co., has been under scrutiny for a string of safety violations at the mine, though CEO Don Blankenship has defended the company's record and disputed accusations that he puts profits ahead of safety.

Authorities have said high methane levels may have played a role in the disaster. Massey has been repeatedly cited and fined for problems with the system that vents methane and for allowing combustible dust to build up.

Massey's chief executive, Don Blankenship, has defended its safety record and says it has about the same number of violations as the national average. The Richmond, Va.-based company has been under scrutiny for a string of safety violations, though Blankenship has disputed accusations that he puts profits ahead of safety.

Massey's Upper Big Branch mine has been repeatedly cited and fined for problems with a system that vents methane and for allowing combustible dust to build up. Records showed the mine was cited for 44 violations during its most recent state inspection April 1, most of them involving electrical problems and ventilation. Last year, the state hit the mine with 287 citations, including 74 involving electricity.

The state has nearly 200 underground coal mines, each required to have five annual inspections, including one focused on electrical systems. That requirement has been difficult to meet, in part because of turnover the state's inspector ranks.

Officials have completed the grim task of removing the final bodies from the mine, paving the way for federal investigators to enter the mine.

"If there's any comfort at all with this horrific explosion, it was that the rescuers told me that not one miner suffered. It was so instantaneous," Manchin said. "If that's the only comfort you can get out of something, that's pretty pathetic."

McAteer's also conducted similar independent probes of the Sago Mine disaster that left 12 dead as well as the Aracoma Alma No. 1 Mine fire that killed two miners. He concluded that the Aracoma mine's system for detecting fires and alerting miners to evacuate was flawed and water to the sprinkler system and fire hoses was shut off. He also recommended that the state hire more mine inspectors and improve their pay.

In his report following the Sago Mine, McAteer identified lightning as a possible cause of the explosion. That review also said that mine owner International Coal Group failed to properly ground its electrical systems.
www.McAteer.com Davitt McAteer & Associates
at 11:06 AM