‘Any spark could set it off’: An in-depth look at the dangers of coal mining 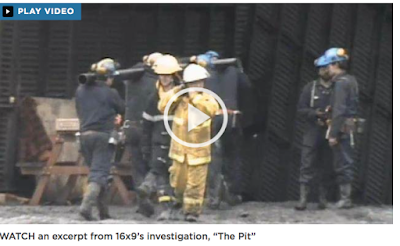 Gordie Peckham has spent over two decades, thousands of feet below the earth, in the coal pits of Canada.  It’s a risky job, where one small spark can have tragic consequences.
“There could be an explosion. People could lose their lives…You have to be on your toes the entire time.”
Gordie has been in dangerous situations before and knows how scary those moments can be.


READ MORE: Official linked to U.S. mine disaster resigns from Cape Breton’s Donkin mine project
“I’ve been in fires before, not explosions but fires. But we contained them, got them out.”
But looking back at his career, Gordie considers himself one of the lucky ones.  A Nova Scotian, he remembers the Westray disaster in 1992 that killed 26 of his fellow miners, men who didn’t make it out.  The tragedy was a devastating blow to the community and Gordie was sick to his stomach when he heard the news, “you’re working in the same environment that they worked in. A coal mine’s a coal mine. And it’s an explosion. Bang! And it can happen.”

During the coal mining process, two by-products are produced; coal dust and methane.  The build up of either or both of these substances can be extremely dangerous.

“Methane gas forms at the same time as coal, there can be pockets of methane gas as you mine so that when you’re cutting the coal, the methane gas can pop out and can pop, potentially explode there.”
What makes methane even more dangerous is it is very hard to detect, “Methane is exactly like the gas you get out of your stove” says McAteer, “except that in the stove, they’ve added some smell agent, so you can know when it’s leaking. Methane doesn’t have any smell agent, so it’s a colourless, tasteless, odourless gas.”
WATCH: How coal mines explode 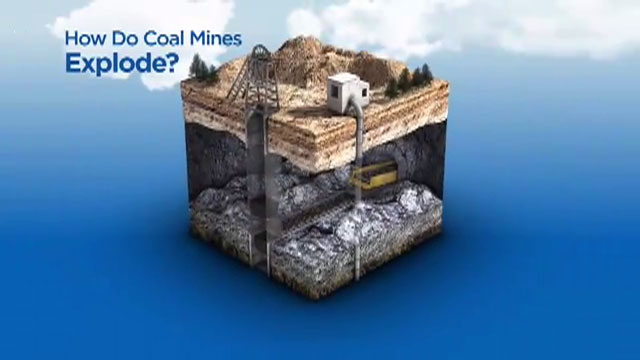 Build up of fine dust particles can also cause an explosion “and those are very powerful and dangerous explosions” says McAteer.  Once coal dust is ignited, it can act like tiny firecrackers, igniting a chain reaction that can travel over long distances and spread deep into the mine.

Mining Disasters of the past

McAteer has seen the devastation of mining disasters.  As a safety investigator, he’s watched as families waited for their loved ones to be carried out of mines in body bags.
He remembers the Farmington, West Virginia mine disaster where ninety-nine miners were underground at the time; 21 managed to escape, the other seventy-eight all died.   He was still in law school at the time but the tragedy had a lasting impact on him.  He wanted to know “why this kind of carnage existed” and pursued a career in mine safety.
READ MORE: As world’s biggest polluters move away from coal, trouble for the industry
Then, in 2010, he was tasked with leading the independent investigation of the Upper Big Branch explosion in West Virginia that killed 29 miners.  McAteer says dust build up “caused that incredibly powerful explosions to go through that mine, run through two and a half miles of underground workings.”

But the 1992 Westray disaster is what sticks in recent memory for Canadians.   The accident revealed how companies could ignore serious safety concerns raised by employees and government inspectors at the time.  Bill C-45, often referred to as the “Westray Bill” was created as a result and established legal duties for workplace health and safety.  The Bill also made it possible to attribute criminal liability to organizations and corporations for failing to take the appropriate steps to ensure worker safety.

Dealing with the risks

“It can blow up and does. And you must anticipate that it’s going to” and you must plan for it says McAtter.
To deal with the risks mines have ventilation systems designed to dilute and control the build up of explosive methane gas.
Limestone powder, also known as rock dust, is spread through mines to inert coal dust, reducing the chances it will combust.
READ MORE: Donkin, N.S., coal mine set to reopen this summer
Dangerous sparks can come from mining machines but the proper selection and maintenance of bits and water sprays are critical in removing potential sources of ignition.
McAteer describes these steps as basic, good mining principals, “It’s clean practices.  It’s maintenance” and if you do that, “you can prevent most of these disasters including Westray.”
Preventing another Westray is exactly what Gordie wants to do, and that’s one of the reasons he applied to work at the new Donkin Project coal mine in Cape Breton.  “It could’ve happened to us, and that’s why I go back to Donkin mine. Make sure it’s safe. Make sure you go by the safety regulations that you’re supposed to go by. “
“Follow the rules” Gordie warns, because the “consequences are deadly when you’re not playing by the rules.”
Graphic by Babak Najafi
http://globalnews.ca/news/2654172/the-dangers-of-coal-mining/Watch 16×9’s story “The Pit” Saturday Apr. 23, 2016 at 7pm