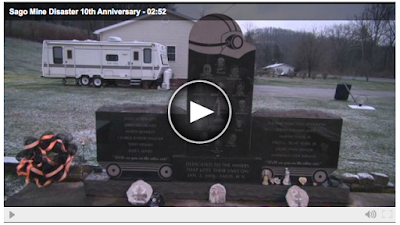 One week after the Sago Mine Explosion took the lives of 12 miners, Governor Joe Manchin appointed former federal MSHA director Davitt McAteer to lead the investigation.
"It was the only time in the history of the country since the Mine Act was passed that we had public hearings," said McAteer. "The government and the company officials came forward and were asked publicly to answer question in regard to this disaster, and that was at my insistence."
His mission? Go back to the drawing board, along with other mine experts and state officials, to prevent a similar situation from ever happening again.
"We had two back-to-back in three weeks...horrific situations and tragedies where we lost brave men. And we could have lost a lot of brave rescuers who were willing to risk their lives to save those men. Within one day, we passed a major piece of legislation in West Virginia...never been done before," said Senator Joe Manchin.
Changes to the West Virginia Mine Safety Law included the addition of refuge alternatives.
"We'll call them 'Fresh Air Bays' were a result of what took place," said Joshua Brady, associate director of the WVU Mining and Industrial Extension.
"There's a lot of debate about that, but I think they have value," said Jim Dean, director of the WVU Mining and Industrial Extension, who, in 2006, was appointed as the acting director, West Virginia Office of Miners' Health Safety and Training.
Lifelines and post-accident tracking devices were also implemented.
"Being able to identify the last-known location of our miners certainly makes it a better opportunity for our mine rescue teams to find these individuals," said Brady.
The legislation also contained improvements to Self-Contained Self-Rescuers, or SCSRs.
"In McCloy's testimony, when miners tried to put them on, they didn't work," said McAteer.
"One of the gentlemen that had problems with his, if you look down through the testimony and fully evaluate it, it was that he didn't have any teeth. In those particular devices, there's a bite lug," said Dean.
"Two public failures: one is, we didn't train people very well, and they're hard to work. If you're not used to them, they're difficult," said McAteer.
"One of the improvements that came out of this was the expectation training," said Dean.
That training is a primary mission of the WVU Academy for Mine Training and Energy Technologies, exemplified by its motto, "So Others May Live."
"The greatest technology, the best equipment money can buy you won't prevent an accident if the person doesn't have the skill set to put it in play," said Brady.
There is good that came out of the horrible tragedy, and the people who died in those mine disasters did not die in vain," said Manchin.

www.DavittMcAteer.com Davitt McAteer & Associates
at 8:10 AM