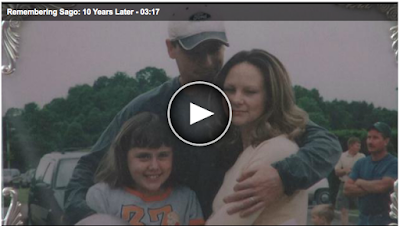 10 years ago, the Sago Mine Disaster took the lives of 12 brave miners after they were trapped underground for more than 40 hours.
It's been nearly a decade since Samantha Lewis sent her husband, David, off to work in the early morning hours of January 2, 2006. But she remembers the calm before the storm as if it were yesterday.
"I heard him make his lunch, and he came down the hall, and he kissed me and told me he loved me. He said, 'I'll see you tonight, bye, I love you.' And that was the last time I ever saw him," said Samantha.
Then, around 6:30 a.m., an explosion from inside the Sago Mine.
"We heard the big boom, but it had also been storming, so we assumed it was with the storm," said Peggy Cohen, the daughter of miner Fred Ware Jr.
"The explosion...I know that's what it was because the pictures and everything in my house just rattled," said Virgil Miller, former sheriff of Upshur County.
"I remember turning to my producer that morning and saying,  'It's a pretty slow day.' That obviously turned out to be anything but," said Gabe Gutierrez, who worked at WBOY as a reporter.
"We left to go there, and I don't remember much of the drive. I just remember telling Health to get me there," said Samantha.
"We had no idea driving down the highway what we would find," said Gutierrez.
As first responders, mine rescue teams, and family members arrived at the scene, their worst fears were confirmed: 13 miners trapped 280 feet underground, more than two miles deep into the Earth.
"I remember smoke rolling out of the mine. Federal mine inspectors got ahold of us and said, 'Get everybody back' because they were afraid there was going to be another explosion," said Miller.
"I remember making eye contact with Geraldo Rivera, Anderson Cooper was there," said Christine D'Antonio, former WBOY reporter/anchor. 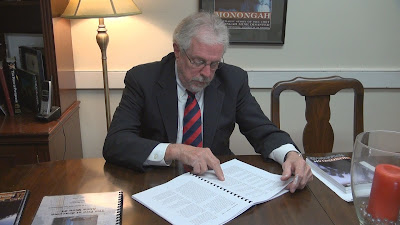 "It was all hands on deck," said April Kaull, former WBOY anchor.
"I just remember the emotions of the family, and they held on to every hope and every word," said Senator Joe Manchin, who was the governor of West Virginia at the time of the mine disaster.
Then, the words everyone wanted to hear: "12 of the 13 miners have been found alive."
"Everyone was reporting...12 alive," said Kaull.
"It was just pure elation," said D'Antonio.
"It was something that everyone wanted to believe," said Gutierrez.
"Then, we started hearing rumblings..." said Kaull.
"The first message was unclear," said Davitt McAteer, chief investigator. Twelve of the 13 miners were found dead.
"Then, there became this whole new line of questioning...who is the one alive?" said Kaull.
It was that day the world met the Miracle Miner, Randal McCloy Jr., and in the weeks and months ahead, got to know the other 12 men through their families.
"He was a great person, great father," said Cohen, of her father, Fred Ware Jr.
"He was a rock. He was solid. He kept our family together," said Samantha Lewis, of her husband, David Lewis.